Since buying our property in 2018, we have spent many hours exploring our beautiful region.  We have put together a list of our favourite places so far to share with you. We hope you will enjoy looking through our ideas and that you will love these places as much as we do!

Our beautiful village of Léhon is proud to have the Petite Cité de Caractère (small City of Character) award for its preserved old town, cobbled streets, ornate facades, general all-round beauty and protected character. On every street, you can observe the pretty stone buildings, coloured doors and floral displays, making it a village you will never forget.  Stroll down the alleyways and marvel at the tiny front doors, each one prettier than the last.

The famous and very steep, Rue de Jerzual (circa 15C and 16C), is where time appears to have stood still in Dinan. It is the quaintest part of the town where you will find cobbled streets with half-timbered houses and picture postcard scenes. This amazing street is filled with artists, sculptors, bookbinders, engravers, glassblowers and more. Beware! The climb to the top is not for the faint hearted. You might be need a stop or two en-route!

Medieval Dinan, one of the best preserved small towns in Brittany. It is set high above the Rance River with 3km long ramparts, half-timbered houses, attractive art galleries and craft shops, cobbled streets lined with crooked, creaking half-timbered houses straight out of the Middle Ages. Dinan also has a 14th-century Castle and 15th-century Clock Tower (Tour de l’Horloge). Climb the 158 steps to  the top for  panoramic views.

Definitely worth a visit! 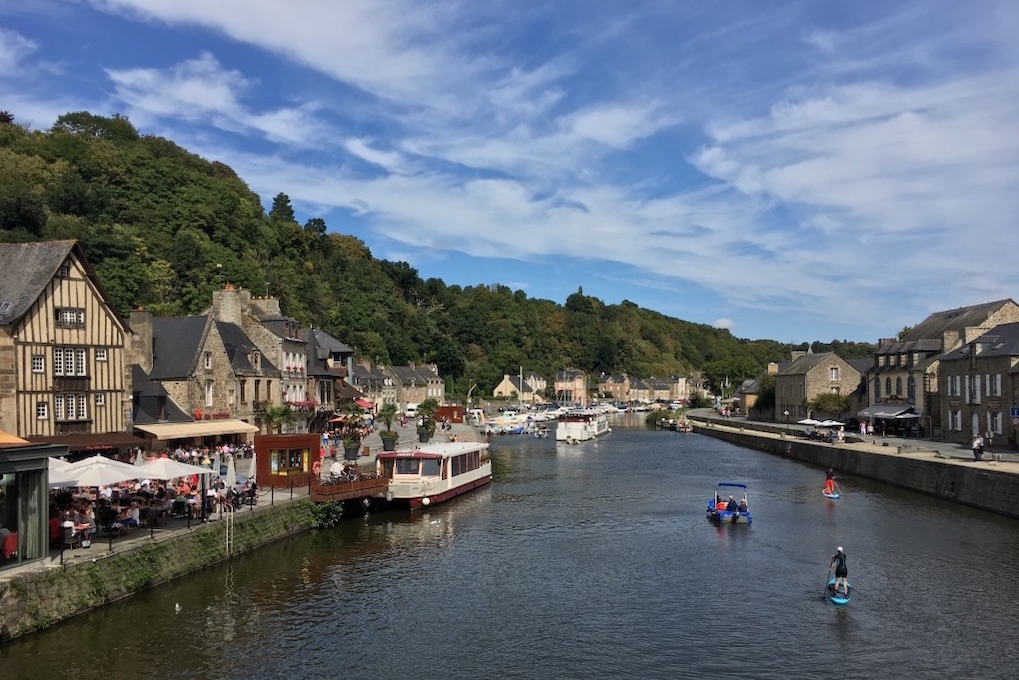 The port of Dinan is one of the most picturesque parts of the town.  The quay is lined with old stone houses, many of which are now waterside restaurants and shops. There is also a 15th-century stone bridge and a 250m long x 40m high viaduct with ten arches to marvel over. Take a stroll up and down the quayside and enjoy a boat trip on the river on Jaman V. This takes you to our beautiful village of Léhon and back, with some stunning scenery along the way. 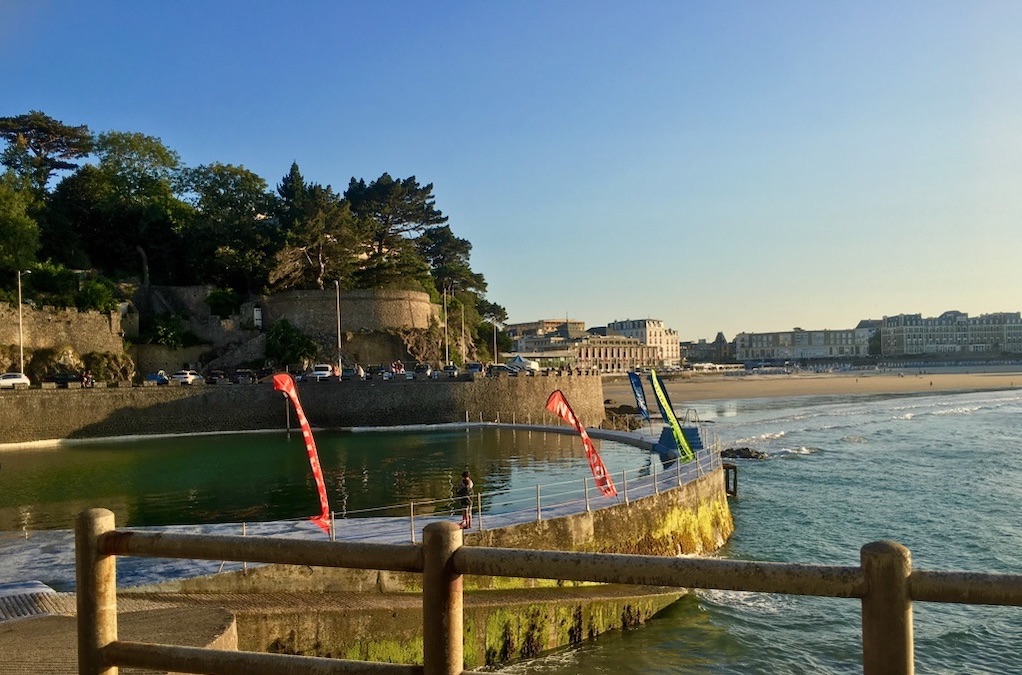 Dinard is part of the Emerald Coast, which has an astounding 220 miles of marked hiking paths and nearly 25 miles of coastline. As you wander the streets, you will see the beautiful Belle Époque villas and stripy beach tents. It is popular with families who love beaches and coastal walks.  There are plenty of lovely shops too for a bit of retail therapy! The Promenade Clair de Lune is a lovely waterside walk with palms and lush tropical plants. Dinard is worth visiting all year round. 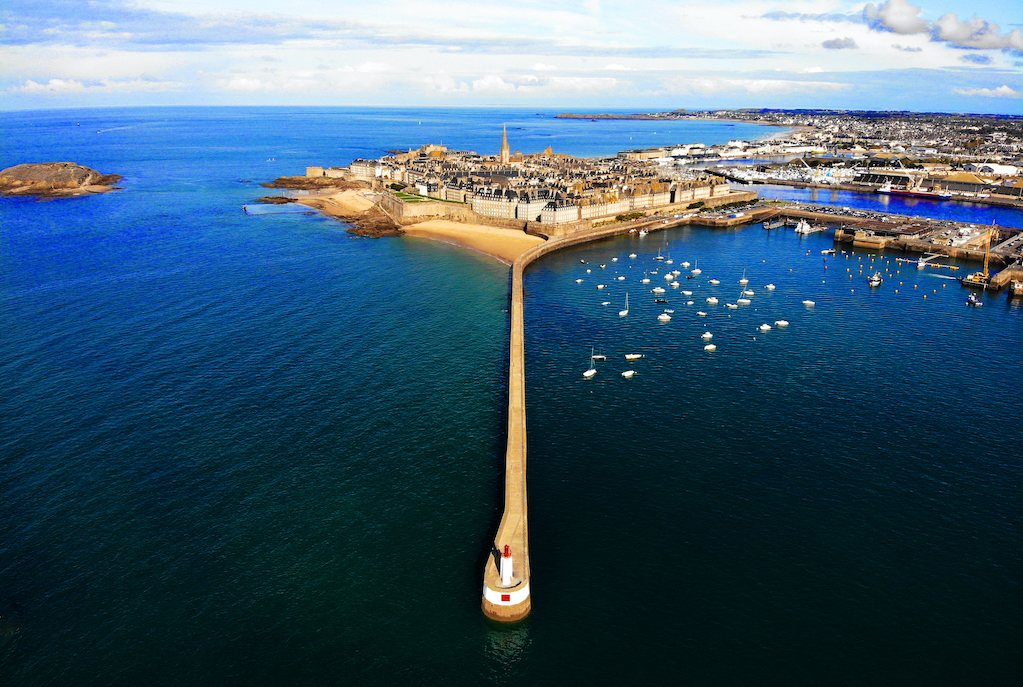 St Malo is a popular tourist destination and a busy ferry port. Walking through the cobbled streets of St Malo’s old town is like a step back in time. The tall granite buildings were bombed during the war but today, are a great combination of shops, restaurants, cafes and hotels. St Malo has several districts, the most popular being 'inside the walls’. Walk around the ramparts and enjoy the stunning sea views, beaches and little islands that can be accessed at low tide.

A must see - 14th-century Solidor Tower! 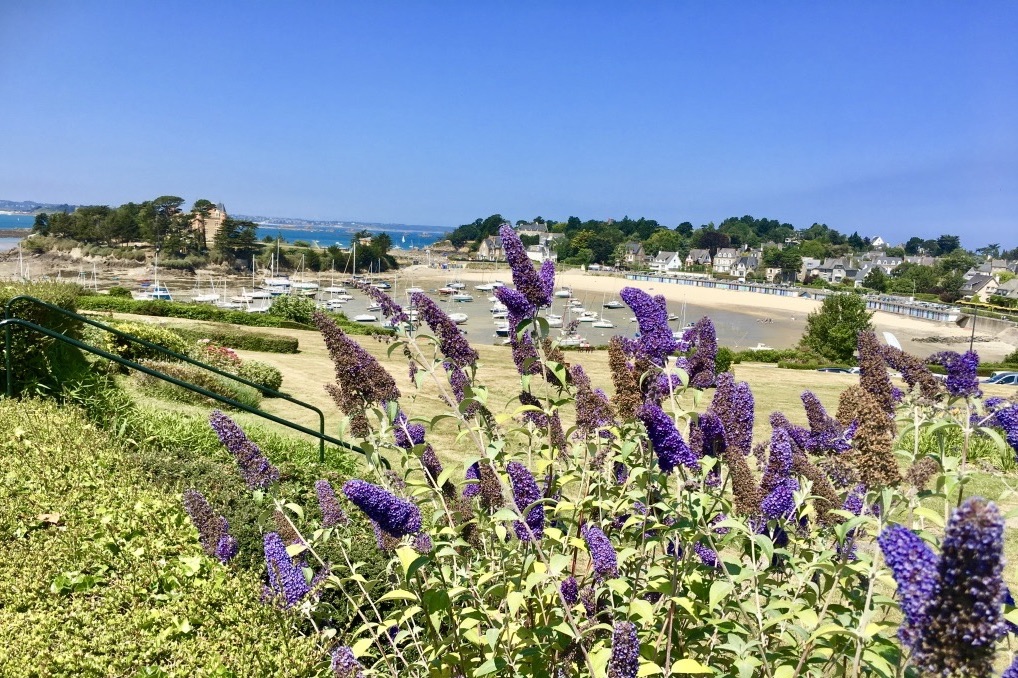 Saint-Briac-sur-Mer, a former fishing village is a jewel of the Emerald Coast. It lies on the Gulf Stream enjoying a warm climate, several degrees warmer than the surrounding areas. The village has fine examples of tropical palms and plant and is surrounded by nine sandy beaches and coastal trails. Le Château du Nessay was built on an emplacement of a 12thcentury castle on the peninsula. The 18-hole golf course is said to be one of Europe’s most beautiful. 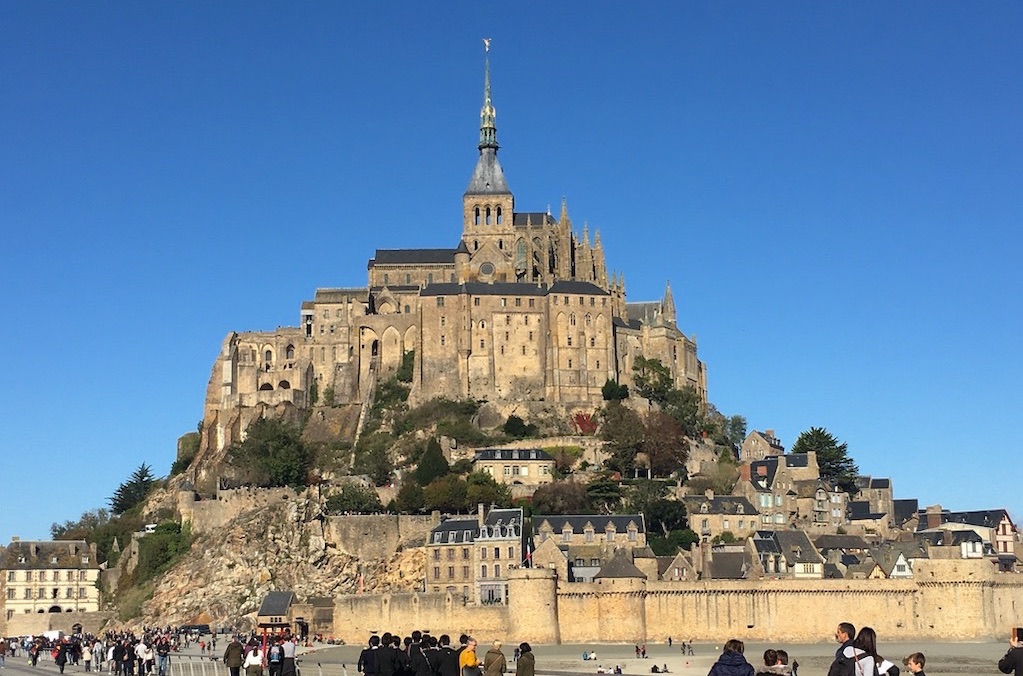 Mont Saint Michel is the most visited tourist attractions in France and was one of the first monuments to be classed as a UNESCO world heritage site. This extraordinary medieval walled city, crowned by its great gothic abbey, is built on a small granite outcrop. It is one of the few places in France to have preserved intact its medieval walls and defences. In addition to its sacred monuments, there are shops, narrow streets, restaurants,  old houses and hotels. 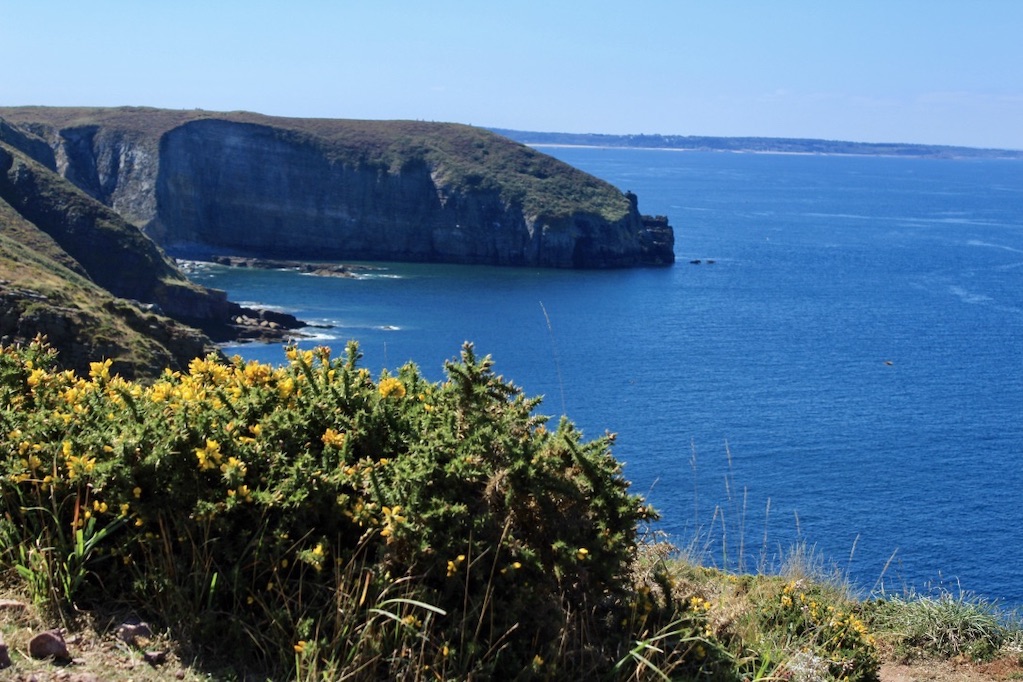 Cap Fréhel is a peninsula in Côtes-d'Armor, in northern Brittany, which extends off the Côte d'Émeraude into the Golfe de Saint-Malo. No towns or villages are situated on the peninsula; however, two lighthouses, one from the 17th century and the other one from 1950, are located at the tip of it. The smaller lighthouse was constructed in 1685 and the taller, is 98ft (30m) high, with a calorie-burning 145 steps, was built in 1950 and its beam can reach up to 68 miles (110km). 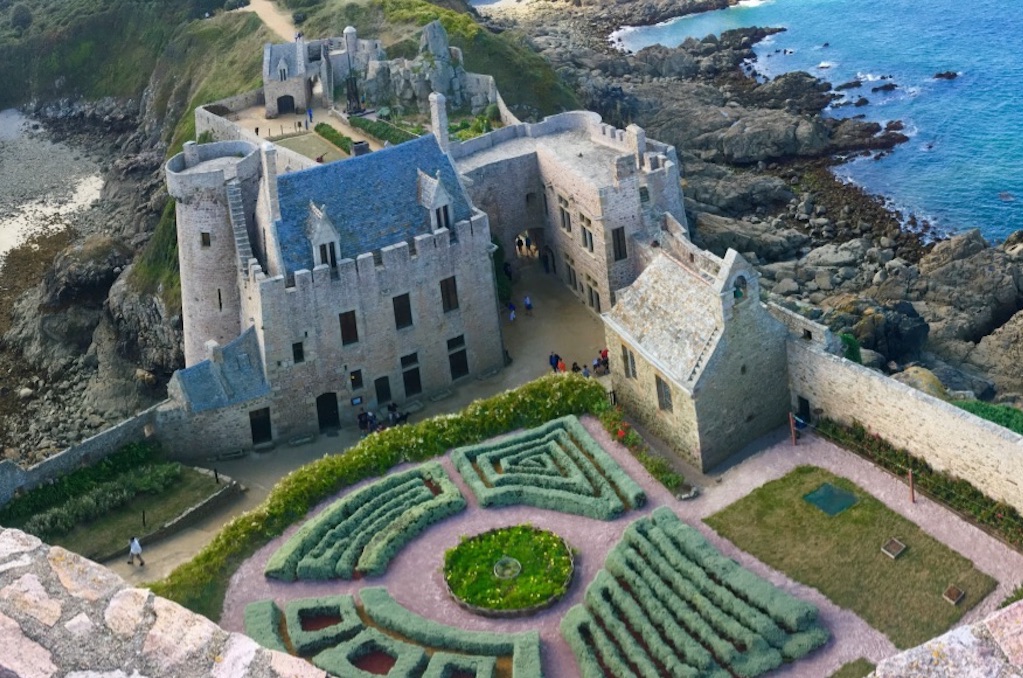 Fort La Latte is a coastal defence fort built on a spectacular rocky cape on which the feudal castle stands.  It is 196ft (60m) above the sea, with clear views of the English Channel and the Emerald Coast. Once inside, you can observe all the openings and viewpoints of the building, with breathtaking views. Built in the 14th century, the castle was fortified in the 17th century. Crossing the drawbridge and exploring the crenellations, turrets and dungeons is a must.